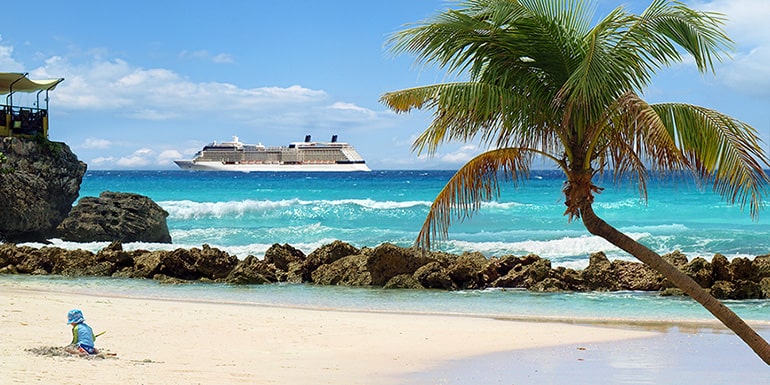 An Eastern Caribbean Cruise Itinerary offers the most choices for cruising. Almost every cruise line offers some type of itinerary that either concentrates on the Eastern Caribbean or at least visit one or two ports.  Not only can you depart from the area’s main ports (Miami or Fort Lauderdale),  but include other ports on the east coast from New York City to Charleston.  You can even start your cruise in Europe, during repositionings in spring and fall.

Amber Cove on the north coast of the Dominican Republic is one of the eastern Caribbean’s newest ports of call.  Carnival Corporation opened the cruise center in 2015 and Amber Cove has quickly become popular with cruisers arriving on Carnival, Holland America, Princess, Costa, and P&O ships.  Those who love fun in the sun will especially appreciate Amber Cove.  Although a purpose-built cruise center and not an island city or town, Carnival has added many activities and features that travelers will love like beaches, swimming pools, cabanas, zip-lining, a dolphin center, retail shops, and places to eat and drink. 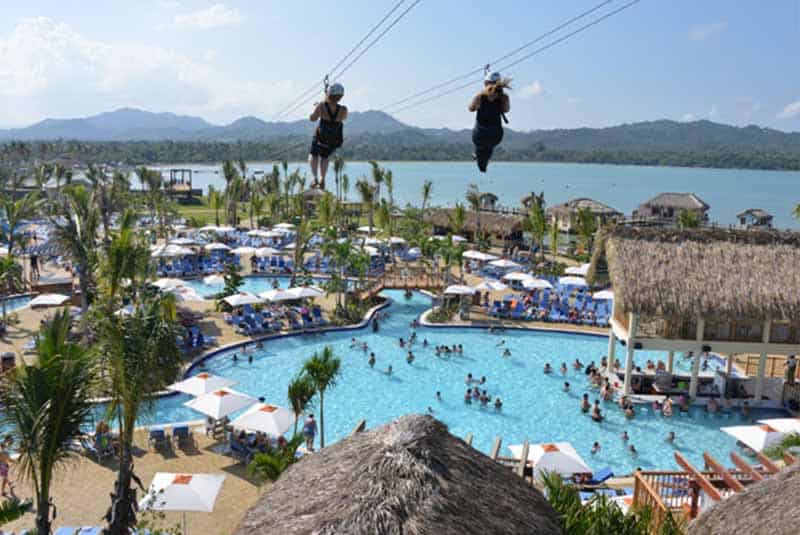 Although several of the islands in the eastern Caribbean are famous for their towns and good shopping, Dominica will appeal to anyone who loves the outdoors and nature. In fact, it’s often called the “Nature Island”.  Dominica is perfect for hiking, river rafting, snorkeling, and a wide range of outdoor pursuits.  One fun snorkeling excursion on Dominica is south of the capital Rousseau at Soufriere. This area has geothermal vents under the water whose gasses make the area all “bubbly” and like snorkeling in a glass of champagne.

This small island chain’s claim to fame is its powdery white sandy beaches, and position on a major coral reef. So water sports such as diving, snorkeling and catamaran excursions are popular. Lined with pastel-painted wood buildings, Cockburn Town contains the governor’s house, old churches, the public library and a small plaza containing the Columbus Monument, which claims that the explorer landed there in 1492. 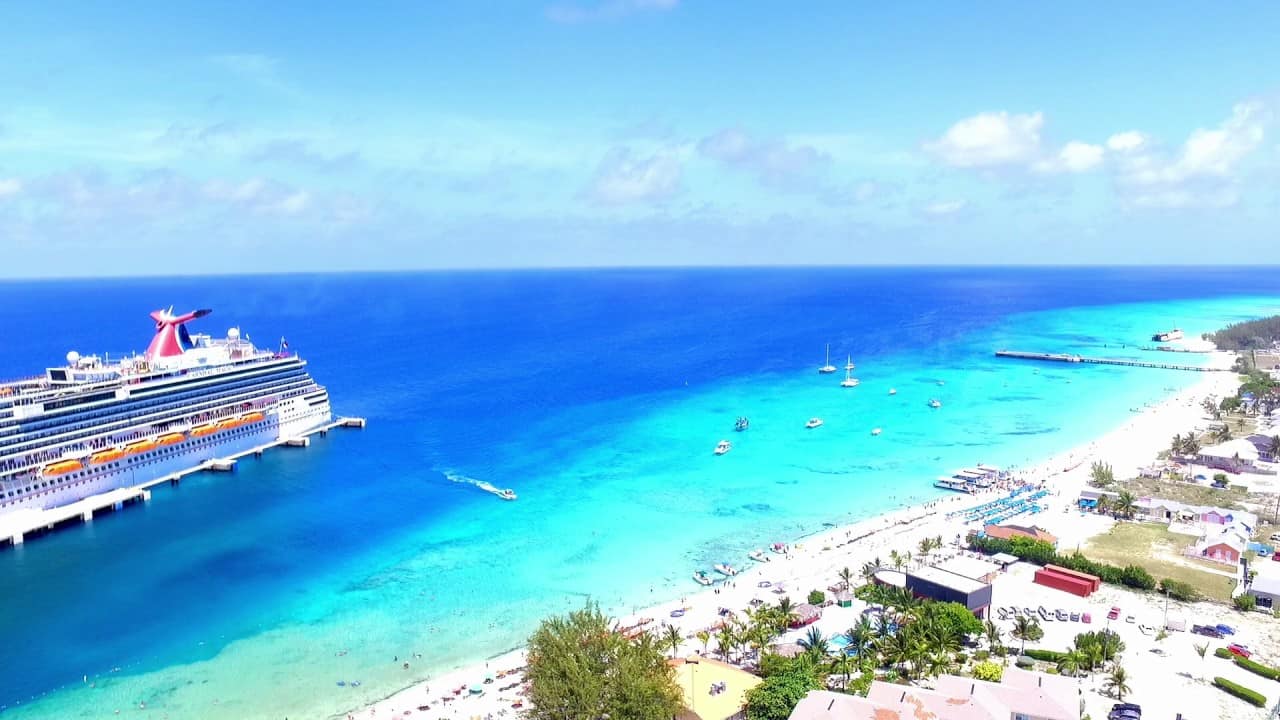 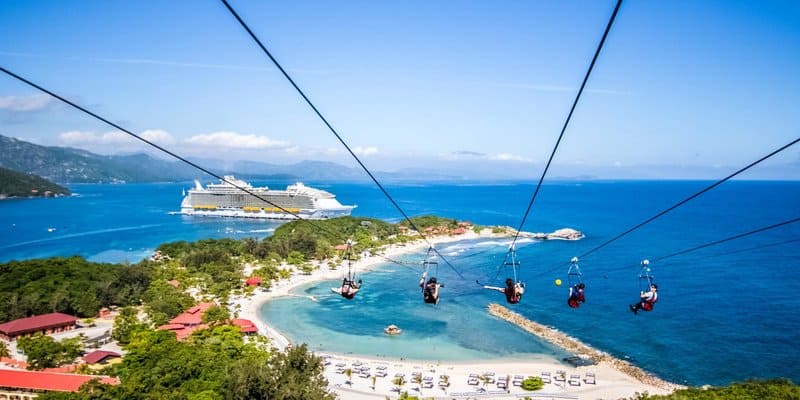 St. Maarten is the Dutch side of an eastern Caribbean island with two distinct cultures–Dutch and French. Philipsburg on the Dutch side is the hub, with streets crammed with duty-free jewelry shops, electronics and liquor. Marigot is the capital of the French St. Martin, and is filled with designer boutiques and fabulous restaurants, bistros and cafes. Don’t miss Sunset Bar & Grill, which sits at the end of the runway at Princess Juliana International Airport.

St. Thomas is the cruise lines’ most popular port in the Caribbean, with ships visiting most every day. Ships dock at either Havensight or Crown Bay. These two ports are on opposite sides of Charlotte Amalie, the capital of St. Thomas.  The Charlotte Amalie harbor on St. Thomas is in a beautiful setting, and the town certainly has enough stores to tempt every traveler.  St. Thomas has many offshore excursion options for such activities as sailing or snorkeling. The area has clear water and many old shipwrecks, which make diving a good choice, too. Other popular St. Thomas excursions include golf, rides on an Atlantis submarine under the ocean, or a seaplane or helicopter ride over the ocean. Those who spend most of their day shopping at Havensight Mall might want to take the nearby cable car to the top of Paradise Point. 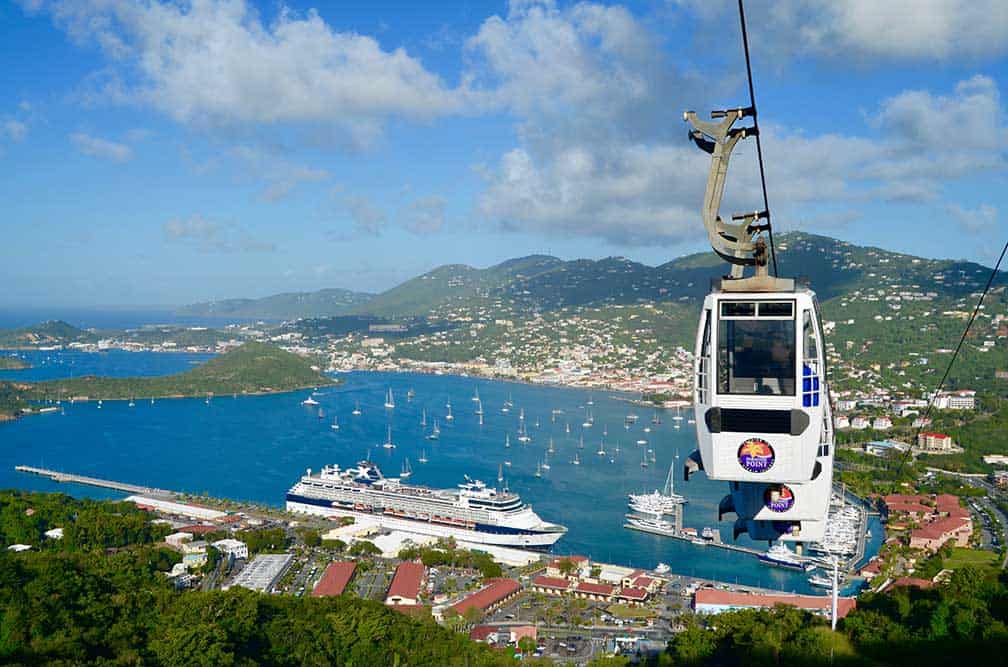 Ships dock near the old town, and it’s fun to explore such an historic city.  If you haven’t been to San Juan before, spending the day in the old part of the city and visiting the two major fortresses is a good introduction. If you want to venture out to see more of the island, hiking in the El Yunque National Park is interesting and a way to get some exercise. If your ship is overnighting in San Juan, you might want to take a kayaking tour of the bio-luminescent bay near Fajardo. Paddling at night through a mangrove forest to a quiet bay filled with glowing micro-organisms is certainly memorable!

It’s all about beaches and water sports, although hiking and shopping are also popular. Take the ferry to Virgin Gorda and snorkel and swim among the prehistoric boulders that make up “The Baths.” Or head over to Jost van Dyke and indulge at some of the region’s most famous beach bars.  Try Foxy’s and The Soggy Dollar. 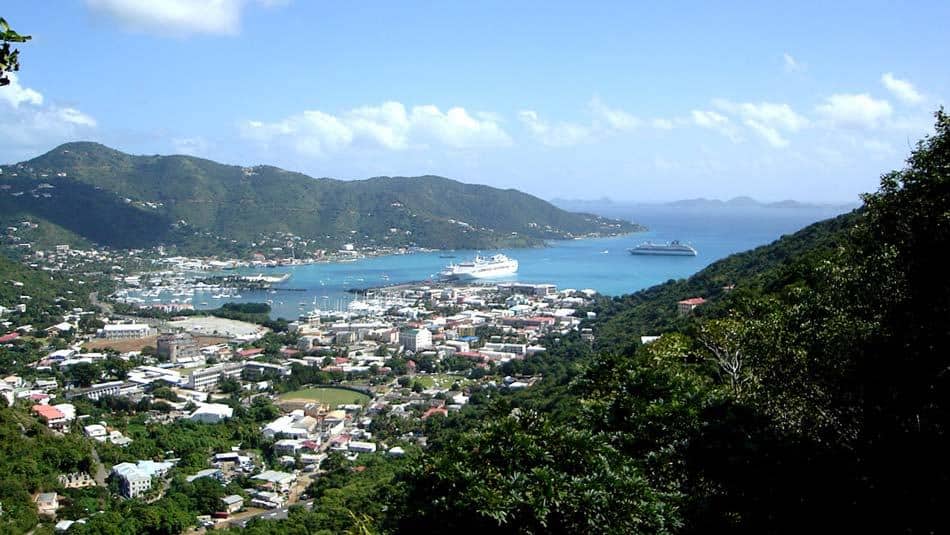 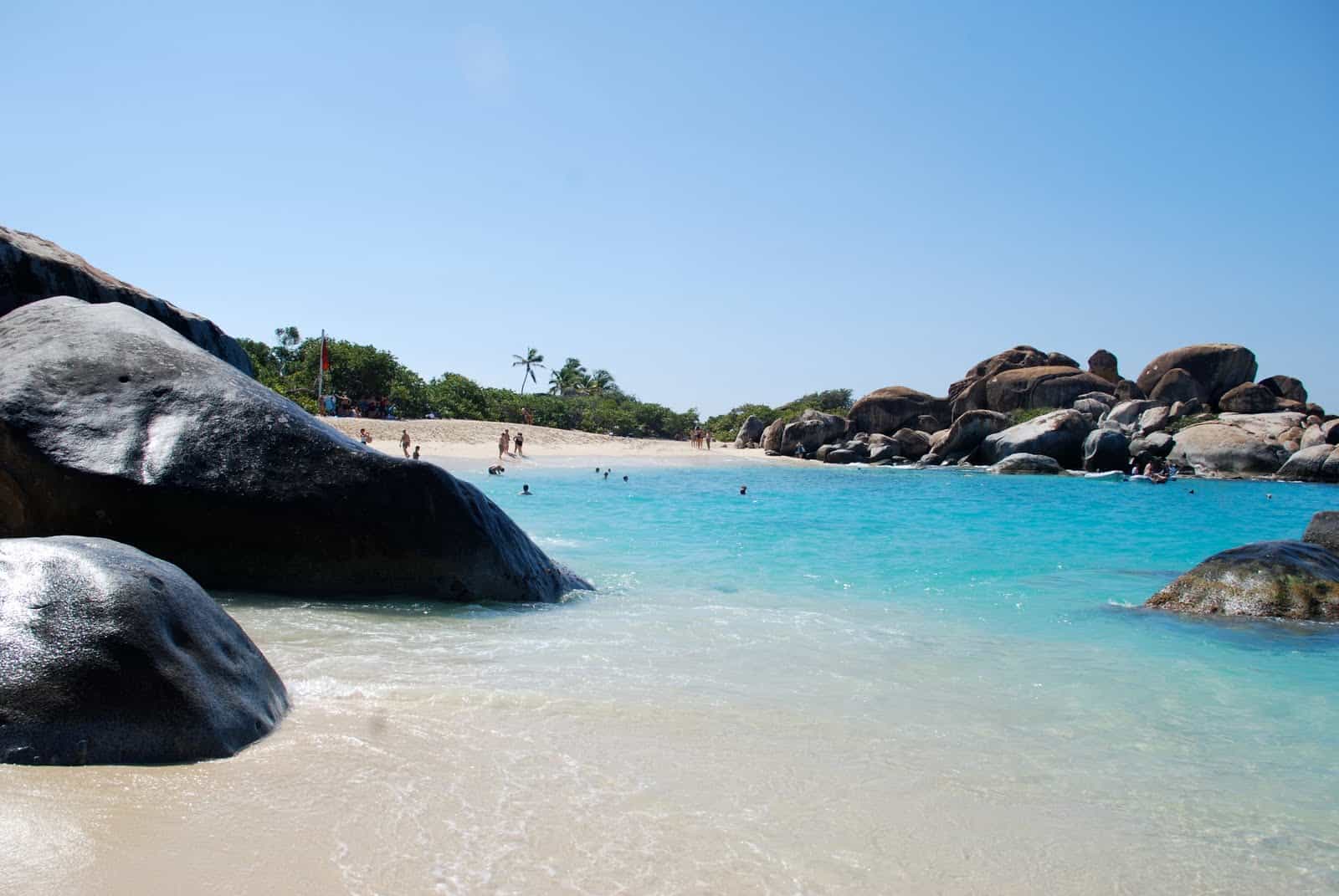 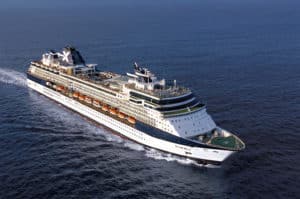 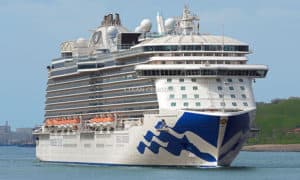 Enjoy sweeping views from one of more than 1,400 balconies on Regal Princess or stroll on the SeaWalk®, a glass-floor walkway extending 28 feet beyond the edge of the ship! From the tranquil Sanctuary, a retreat reserved for adults, to the dazzling Princess WaterColor Fantasy light and water show and more, you’ll find diversions for every mood.  On every Princess ship, you’ll find so many ways to play, day or night. Explore The Shops of Princess, celebrate cultures at their Festivals of the World or learn a new talent — their on board activities will keep you engaged every moment of your cruise vacation.  Original musicals, dazzling magic shows, feature films, top comedians and nightclubs that get your feet movin’ and groovin’. There’s something happening around every corner; luckily, you have a whole cruise of days and nights to experience it all. 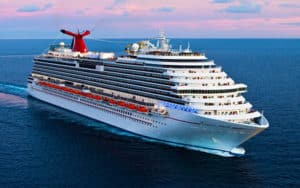 Even before its January 2017 makeover — which welcomed Carnival favorites like Guy’s Burger Joint, BlueIguana Cantina, the Alchemy Bar and Bonsai Sushi — Carnival Dream had a lot to love. The ship is one of the biggest in Carnival’s fleet with dining options abound, and you’ll never be bored with activities ranging from themed trivia and charades to comedy shows and top-deck dance parties.  Carnival Dream offers something that can be hard to find on other ships of its size: a place to escape all the action. The Lanai Promenade, a wraparound exterior walkway on Deck 5, has ample seating and four cantilevered hot tubs, yet never seems to get crowded, even on sea days. 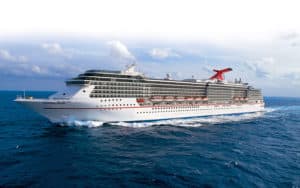 Long, narrow, sleek as a knife and very fast, the 2,124-passenger Carnival Pride, launched in 2002, is the second ship in the cruise line’s Spirit Class. Carnival’s long-time interior designer, Joe Farcus, chose Icons of Beauty as the ship’s theme: beauty in life, beauty in art, beauty in the world’s architecture, beauty in the human body and in the human spirit.  At 963 feet, with 1,062 passenger cabins, 14 bars and lounges, four pools and five hot tubs, this ship was made for active participation. Carnival’s passengers come onboard knowing that they will have access to 24-hour partying, food and entertainment. A large and well-equipped kids’ center, Camp Carnival’s Fun Club, is one of the line’s signature features, luring families with kids of all ages: Everyone gets to play. 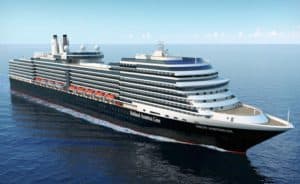 Borrowing its name from the city of New Amsterdam (now known as New York City), this 2,106-passenger member of the Holland America fleet is famous for its extensive art collection valued at more than $3 million. Guests can admire works from Andy Warhol and Roy Lichtenstein through a complimentary self-guided iPod tour.  Passengers can also pass the time by the pool or in the Greenhouse Spa, while more enriching programs include the new America’s Test Kitchen, the BBC Earth Experiences and photography classes in the Digital Workshop, powered by Windows. While the ship offers youth clubs for kids ages 3 to 17, most activities are geared towards adults.  When it comes to dining, guests can choose from nine restaurants, including the popular Sel de Mer French seafood restaurant and the new Master Chef’s Table Pop Up that’s available on sailings of eight nights or more.